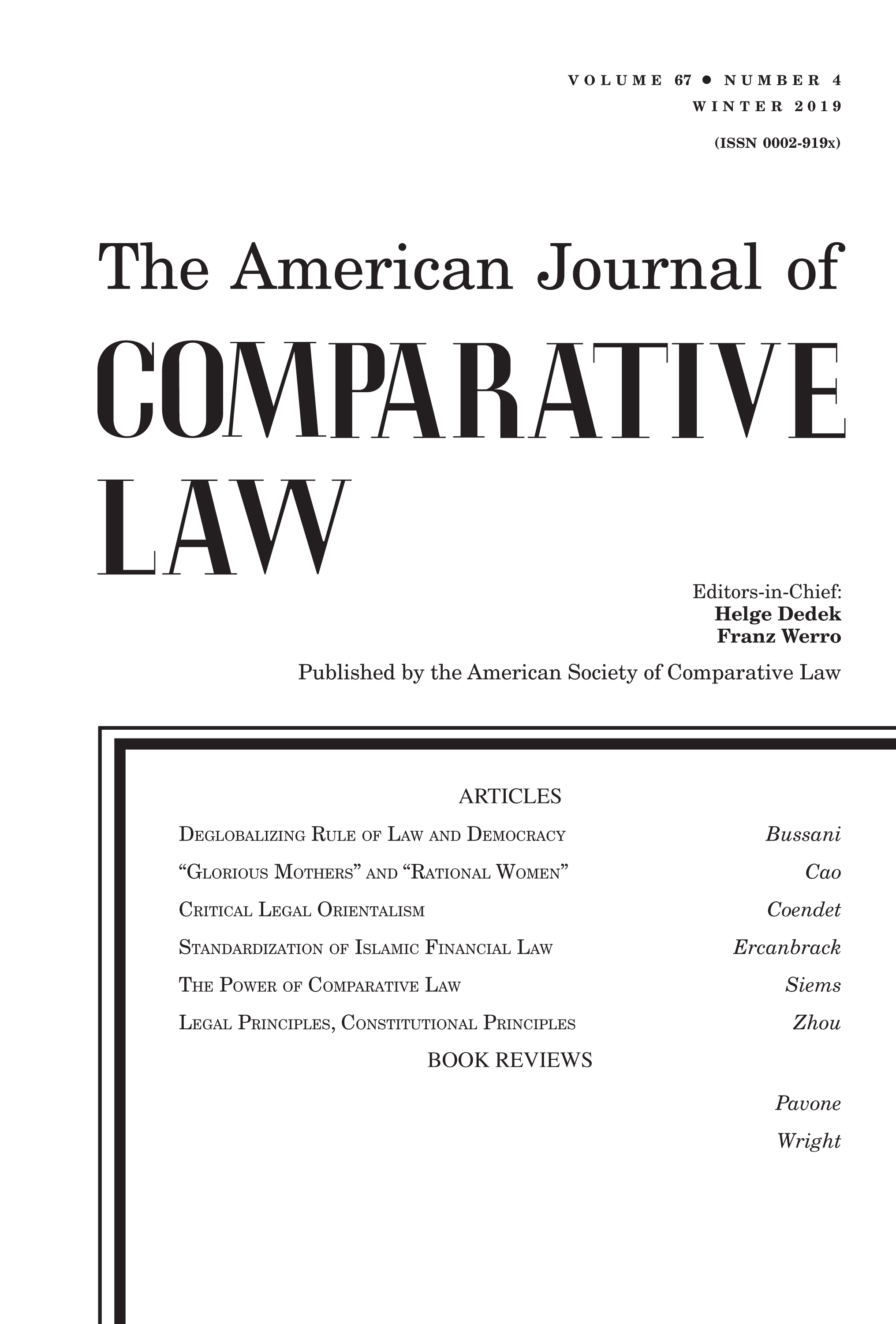 Principles form part and parcel of our law and legal discourse, so much so that we seldom think of what they are and what they entail. For centuries they have been invoked daily to interpret and argue about the law. But when it comes to matters of constitutional law, principles are further called upon to perform a perennially controversial function: to help police the boundaries of State action. In most common law jurisdictions with a written constitution, this function of principles runs against the generally accepted view that the exercise of judicial review must ultimately be governed and restricted by the terms of the national constitution. This Article argues that the exercise of judicial review based on principles is not confined to that view, once the relationship between principles and the constitution is unpacked and re-contextualized.

While the literature on principles in English over the past half-century has been dominated by a select group of Anglo-American scholars, there is a wealth of untapped insights developed in other parts of the world. One of the major contributions by continental legal theorists even predates the earliest modern Anglo-American writings on the subject by more than a decade. Overall, the law literature in common law and civil law systems reveals a significant degree of commonalities in the basic characters of principles despite the absence of initial evidence of transsystemic borrowings. The wider conceptual inquiry also displays a shift in the focus of the debate, from the protracted search for a clear-cut distinction between rules and principles towards a redefinition of principles’ relationship with “written” law, be it in the form of a civil code or a constitutional instrument. From this inquiry re-emerge “unwritten” principles not deriving from codified or legislated law although they have been used to develop the law. Translated into the constitutional domain, these unwritten principles bear no logical connection with the terms of the constitution. Their main functions cover the entire spectrum from serving as interpretive aids to making law by filling gaps. The theoretical framework fits with an ongoing four-century-old narrative of the evolution of constitutional principles and judicial review across most common law-based systems. Constitutional principles are another area where Anglo-American law and legal discourse is less exceptional and more universal than what many assume. Throughout modern Western history, legal battles have been fought and ensuing developments have been made on the grounds of principles. Our law and jurisprudence remains based on them.